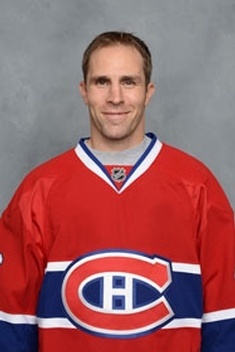 Recently retired where he accumulated 633 NHL games and over 1000 games Pro. During his career he played with the Montreal Canadiens, Florida Panthers, St.Louis Blues, Vancouver Canucks, Los Angeles Kings and Atlanta Thrashers.

In his first professional season, he helped lead Orlando to the IHL’s  2001 Turner Cup. A year later, the diminutive defenceman again helped his team win it’s league title, this time helping drive the Chicago Wolves to the 2002 Calder Cup. By the time the 2002-03 season rolled around, Mike was seeing time at the NHL level, splitting time between the Atlanta Thrashers and Chicago. The 2003-04 and 2004-05 campaigns just added to Mike’s reputation as a team-player, with the 5-foot-9, 185-pound defenceman registering +21 and +35 seasons, respectively. Since 2005 Mike has lived out his dream of being a regular in the NHL. In the 2008-09 season led Blues Penalty Kill to a top 3 finish in the league. In a 2009 article Mike was rated 10th in the NHL amongst defensive defencemen                   .

Had enjoyed 4 successful years as a defenceman for the Michigan State University Varsity hockey team where he received a full scholarship.